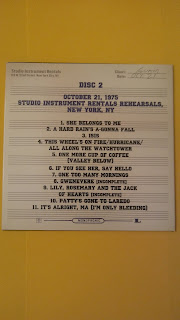 I am aware that long ago I wrote that after summer 1967, the Big Pink days, I did not have any direct contact with Bob Dylan. Disguising reality to increase poignancy is a recognised choice for years of literary history and a highly effective tool in the land of the documentary and its tributaries, as Scorsese has just shown us in his “alchemic mix of fact and fantasy” broadcast on Netflix. Nevertheless, at the end of the day, “rolling thunder” is an image that for Native Americans means “speaking truth”, and Dylan loved knowing this, according to Larry Sloman. Now, in 2019, I want to tell my own truth as an integral part of that caravan full of music, giving myself the same freedom to interweave lived experiences and dreams, the ideal and the memory, what happened and what could have been.

This spring, while the media was brimming with images full of invented colours (that of the Netflix poster, those that would make up the booklet for the collection of CDs from the RTR and so many others), while waiting for June to arrive to find out what Scorsese and the Bootleg Series had done with that fragment of the past shared with Dylan, I reread, time and again, that notebook with the brown covers that he gave me in 1967, when I hitched my caravan at the doors of Big Pink for a few months. To say goodbye, on the last page he had written a kind of advance welcome, surrounding it with four schematic but prophetic drawings. I smiled when I looked at them tonight, while I listened to how This Wheel's On Fire links into Hurricane and then into All Along The Watchtower in the fourth take of the second disc of the recently published The RTR: The 1975 Live Recordings, which gathers together part of what was rehearsed on 21st October that year in the Studio Instrument Rentals from New York. Dylan's voice, stitching together the past and the present with the thread of Scarlet Rivera’s violin, makes the wounds of time scar over once more.
If your mem’ry serves you well,
we were goin’ to meet again and wait ... 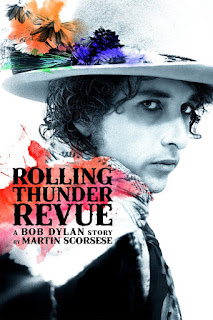 In spring this year, the media began to widely report the appearance of new and revealing materials about one of the most fascinating stages in the history of Bob Dylan’s tours: that of the Rolling Thunder Revue. On 7th June, a collection of 14 CDs would go on sale titled The RTR: The 1975 Live Recordings, and five days later Netflix would release what it was advertising as a documentary about the tour, directed by Martin Scorsese. The poster showed one of the most emblematic photos of Dylan (his favourite one (in black and white), he stated at one point), taken of him in three-quarter profile by Ken Regan, his impenetrable eyes framed between a hat with the brim covered in flowers and a scarf that suggests the movement of somebody who, when walking, hears his name (or perhaps another one), and turns his head seeking the source of the voice. The Netflix poster rotated the image disconcertingly and coloured the flowers and scarf with intense watercolour shades. Under the title, seven words accurately defined the contents of the film: “A BOB DYLAN STORY BY MARTIN SCORSESE”, all in capitals, the two names revolving around the central concept. The rotation of Dylan’s profile, the colours superimposed on the greyscale of the photo and the prominence of the word “story” could act as warning signs in the face of a certain type of expectations, it might appear afterwards. However, suggesting an interpretation of the symbolic meaning of the ingredients of this poster after seeing it for the first time would have required something I do not have: remaining invulnerable to the suggestive beauty of the image, that face suspended in time, looking you in the eyes as if in order to dissuade you from following or to invite you to do so.

I cannot be immune to it, because I accepted that invitation from Dylan long ago. In November 1975, I joined the Rolling Thunder Revue. Now, nearly forty-four years later, the time has also come for me to conjure up that magic once more. 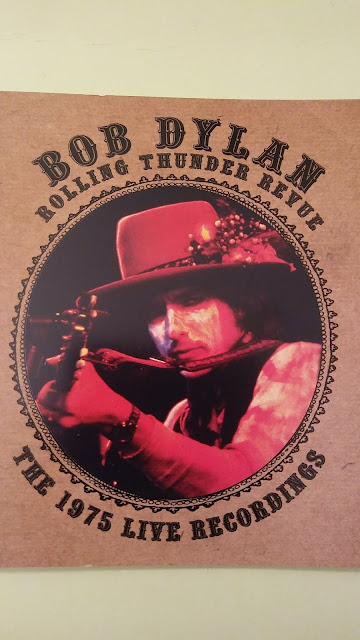 Thank you for this huge gift! 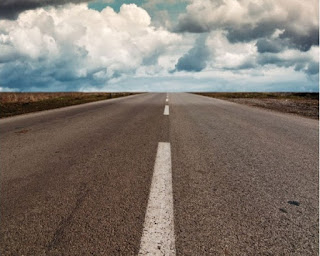 I'm traveling by land
Traveling through the dawn of day
[...]
Painting my masterpiece

Present (XXVI) I Think Of You [and I wonder] 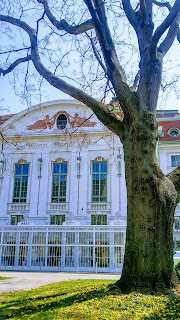 I think of you [and I wonder]

emerging from light and sound

singing different to remain the same multiplied by time

If you think goodbye’s too good a word,
then I’ll just say fare thee well
again and again

and tomorrow again
in Vienna
( just like exactly one year ago )


Gon’ walk on down that dirt road ’til I’m right beside the sun ... 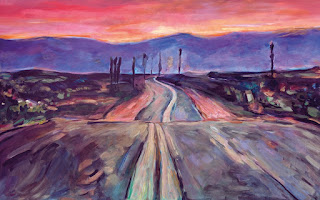 I’ll see you around

I’m a-leavin’ tomorrow, but I could leave today
Somewhere down the road someday
The very last thing that I’d want to do
Is to say I’ve been hittin’ some hard travelin’ too.

Norway, Finland, Sweden
Sweet end of June
German rivers and mountains
Fires on the moon
Shinin' through the trees
Soon after midnight
When two riders will be approaching London

And finally
The midsummer night's wind
Blowin' in an Irish park

(See you there & in the sky above)